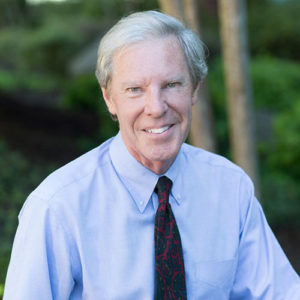 In the Spring of 1981, few facilities in Oregon provided housing with integrated services for people with intellectual and developmental disabilities, “IDD”. Changes at the federal level created more concern that programs like Medicaid and Social Security Disability Income would soon face funding cuts resulting in greater hardships for family members with serious handicaps. Being inventive and daring can lead people to create what seems impossible. In the beginning, a small number of community-based groups including the Epilepsy Association of Oregon and United Cerebral Palsy of the Northwest banded together with three motivated families and individuals to create a new nonprofit organization named Specialized Housing, Incorporated or “SHI.” Tim Ramis was one of the early Board members who saw the need in the community and was committed to creating something out of nothing.

SHI dedicated itself from the start to providing handicapped people with housing and services specially designed to meet their physical, social, and psychological needs. It also promoted their health, security, and happiness with a firm belief in their capacity to live long and productive lives as full members of the community. Tim and about a dozen other Board members were now on a mission.

Tim’s skills and knowledge as an extremely talented land use and municipal lawyer played a key role in SHI’s early years. He helped get critical approvals to build 5- and 10-bedroom group homes, then a new concept, in neighborhoods where the first response was often
“Not In My Back Yard.” Tim’s efforts helped pioneer the idea that people with profound disabilities could live together in housing indistinguishable from their neighbors if their requisite service needs could be met on site. His bold idea was that people with disabilities deserved access to high quality living environments rather than being forced to live in nursing homes or state institutions. The Board of SHI including Tim, purchased their first house and renovated it into a 5-bedroom group home in 1983. They were on a roll.

Over the next 10 years SHI would go on to purchase and renovate thirty houses into group homes. They found debt and equity where they could and obtained repair and maintenance money from the State of Oregon. They created partnerships with dozens of community-based groups that provided the services that residents needed and that complimented SHI’s focus on the acquisition of land, public entitlement, and real estate development, all professional activities squarely in Tim Ramis’ wheelhouse.

Oregon’s method of providing housing and medical services to individuals with intellectual and developmental disabilities emerged from a long and troubled history. The center of that history is Fairview Training Center located on a three-hundred-acre agricultural campus on the southern edge of Salem, Oregon. Until its closure in 2002, Fairview was for over a century, the primary state institution in which people with profound disabilities were committed. At its maximum, 3,000 people lived and worked there. A variety of civil, constitutional, and human rights abuses were committed in Fairview throughout the years,
including forced sterilization, the heavy administration of psychotropic drugs, the use of physical restraints and abusive practices to control residents. In a lawsuit that took place during the mid-1980’s and early 1990’s, the federal government sought to terminate Medicaid funding to Fairview because conditions there “posed a serious and immediate threat to the health and safety of its residents in violation of the Civil Rights of Institutionalized Persons Act”. In response to the problems at Fairview, Oregon began reducing its population by moving residents into non-institutional settings. In addition, the U.S. Supreme Court issued an opinion in the late 1990’s which held that placing people with I/DD in segregated institutional environments, when those people can receive developmental disability services in integrated communal environments, is unlawfully discriminatory. These factors resulted in a strong push to provide services and housing to people with I/DD in non-institutional, integrated environments. Tim Ramis and SHI were a decade ahead of the State of Oregon with the development of community based, service enriched I/DD housing and ready for their next big act.

The closure of Fairview was phased in over a 15 -year period in five stages and was completed with the Community Integration Project (CIP) in 2002. The CIP was created by two state agencies and funded by the Oregon legislature in response to Fairview litigation. The Oregon Developmental Disabilities Services, “ODDS” and the Department of Housing and Community Services, “HCS” launched a program to develop newly designed and built housing to support relocation of 1,000 Fairview residents. Starting in 1987, SHI became the largest CIP group home developer in Oregon, building sixty-four new facilities. Together with the thirty group homes SHI created out of renovated houses and the sixty-four new buildings it entitled and constructed from the ground up, Tim Ramis was a key part of SHI’s efforts to provide specialized housing for 470 people with disabilities.

As a SHI Board Member, Secretary, and President during the period from 1982 to 2021, Tim was also involved in SHI’s development of seventy units of US Department of Housing and Urban Development apartments for the frail elderly and people with mental health disorders. He helped oversee the development of three apartment buildings that house three hundred low-income seniors, families, and children. In the fall of 2021, Tim Ramis was still on his 40-year mission to create service enriched housing. He was still providing his considerable expertise and insight into plans for Felida Park, a new 72-unit service enriched senior housing project underway in Vancouver, Washington in his thoughtful, caring, and humble manner to help SHI create something out of nothing for the benefit of everyone in the community.